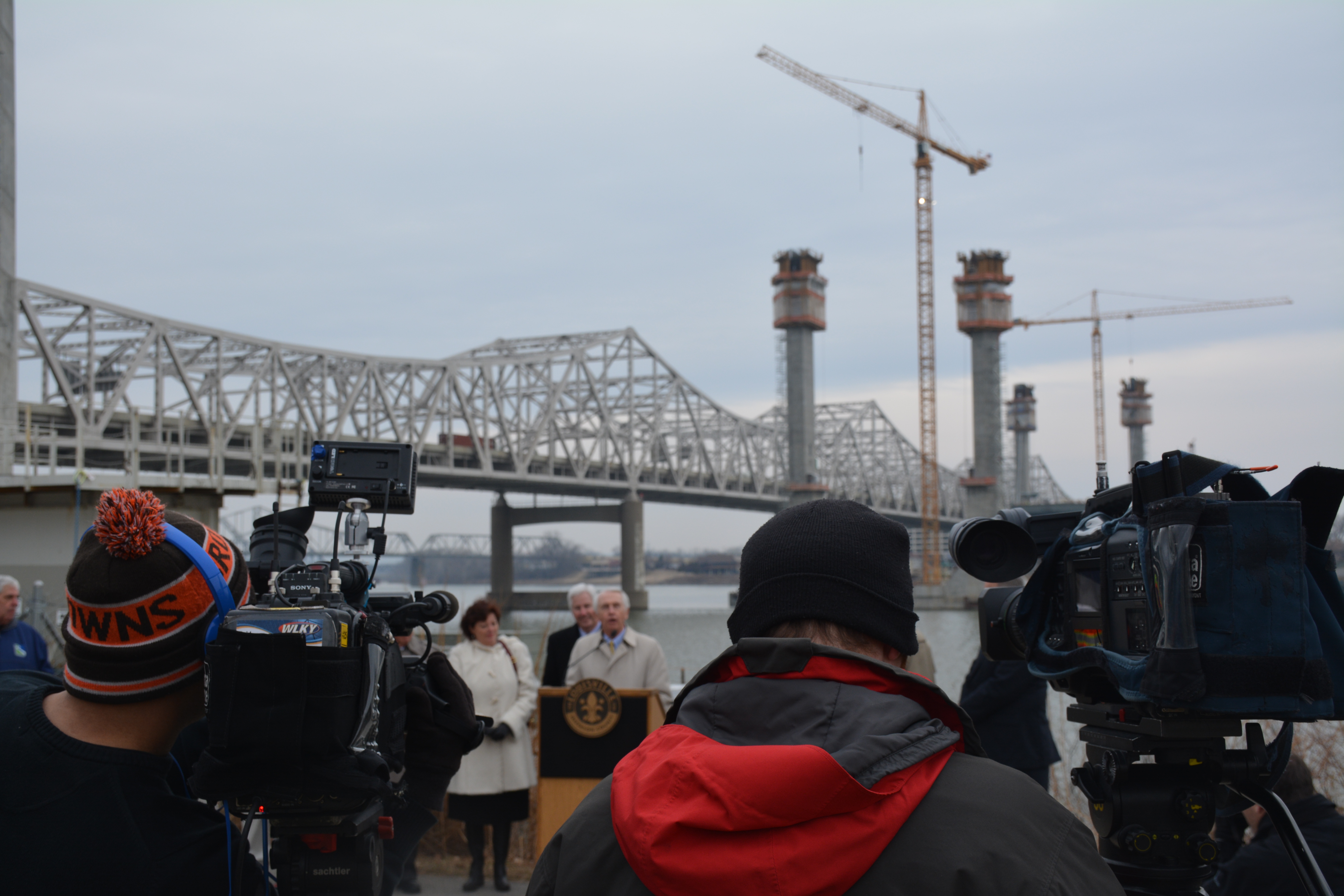 Downtown crossing to be ready ahead of schedule

Motorists will drive on Louisville’s new Downtown bridge within a year – at least three months ahead of schedule. The Kentucky Transportation Cabinet (KYTC) is accelerating construction of the bridge, part of the Downtown Crossing of the Ohio River Bridges Project, to allow for more extensive improvements that will extend the life of the 51-year-old John F. Kennedy Memorial Bridge. Kentucky Governor Steve Beshear announced that new Downtown bridge will open in January 2016. “Just over